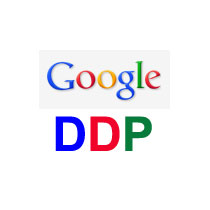 Google’s powerful ad network may be in for another rush of expansion thanks to a service known to Google insiders as “DDP.” DDP is speculated to work as an ad targeting service that helps advertisers find niche audiences.

While I sadly won’t be able to provide you with what the acronym actually stands for (unless I made a wild guess, like “direct dialogue processing” or “deadly diligent phalanx”), there are some details from Google insiders on what DDP is. The short version is that it’s a data exchange service intended to allow advertisers to sell to a more niche audience. DDP would take advantage of Google’s massive data on shared interests, as well as the company’s expansive reach, to create this targeting network.

According to Ad Age, the targeting would be highly specific, including audiences like “people shopping for new cars or planning a trip, soccer moms in Ohio, or readers of certain sites like The New York Times.” This level of targeting would be made possible through Google’s recorded knowledge of how users behave on sites, and a given user would tagged with a cookie that labeled them as a part of a given interest. This would allow advertisers to display ads even if the user isn’t on a site that is contextually relevant to the exact ad they’re showing.

This will sound very similar to Google AdWords Interests, the recently graduated feature that allows much the same broad targeting within the AdWords network. DDP, while similar in practical effect, is likely to be different in its specific approach, including how it sells data and targeting, but details are scarce. According to Ad Age, “Google declined to comment on the specifics or offer a timetable for a data-exchange product.”

On the record, Google’s VP of Product Management Neal Mohan stated that “there is no timetable,” but “If our vision is a comprehensive one, it needs to contemplate data in addition to ad inventory. […] We are working on initiatives to help publishers and advertisers do just that.”

Additionally, insider sources who chose to remain anonymous indicated that one major debate inside Google right now is whether DDP should charge a percentage or be available as a free service.

Whether DDP comes out in the near future, or under that name at all, it’s certain that Google is looking to get more value out of their data and more frequently target their audiences based on interest. Both the data and targeting fronts have gained a lot from the years of Google’s display ad experience and have a lot more to gain through Google+ and other current Google innovations.